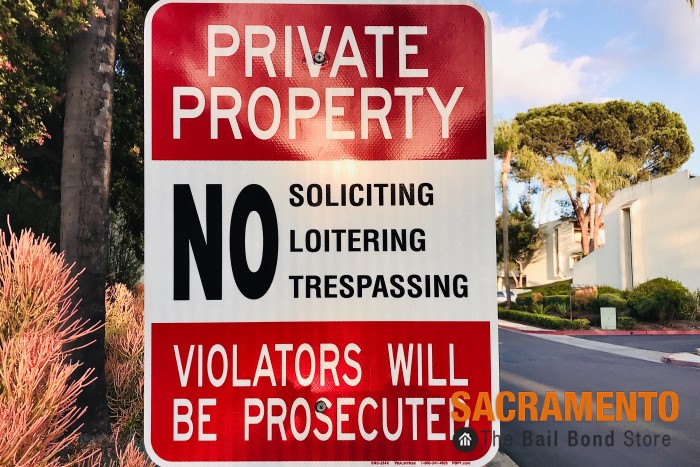 Most people don’t know that there’s such a thing as aggravated trespass in California until they see it’s one of the criminal charges they’re facing. Aggravated felony trespass is addressed in Penal Code 601 PC. The fact that you’re facing an aggravated trespass charge indicates the police have gathered evidence that suggests you threatened to physically injure someone and used the threat to gain entrance to their home/workplace/etc. without them granting permission. It should come as no surprise to learn that aggravated trespass is far more serious than a standard trespassing charge.

It’s important to note that sometimes the threat of physical harm and the actual trespassing act don’t always have to happen at the same time for a charge of aggravated trespassing to be filed against you. If you have threatened violence within 30 days of the trespassing act, aggravated will be added to the charges. An example of this is threatening to attack an ex and then having a knife/hammer/bat/gun on hand when you unlawfully trespass on your ex’s property a week later.

Given how serious aggravated trespassing sounds, many people are surprised to learn that it is one of California’s wobbler offenses. That means it can be handled as a misdemeanor or a felony. Generally, the exact circumstances of the threat and the accused’s conduct while they were trespassing determines if they face misdemeanor or felony charges.

A person convicted of misdemeanor aggravated trespass could be sentenced to as much as one year in a county jail and/or misdemeanor probation. For a felony conviction, the maximum sentence is three years in a county jail and/or felony probation. It’s worth noting that the felony conviction could negatively impact your right to own a gun in California.

While an aggravated trespassing charge seems grim, some defenses can be effectively used.

The first defense is that the accused owns the property or works on the property where they allegedly trespassed. It’s impossible to trespass on a property that’s legally your own. The law about trespassing/ownership/property rights does get confused if the property is being leased by someone else.

Another defense that’s been successfully used in aggravated trespassing cases is that no credible threat was made. In these cases, the burden of proof rests on the prosecution’s shoulders. If they can’t prove that there was a credible threat, the charges will be reduced to standard trespassing.

There is a time limit connected to aggravated trespassing charges. California law dictates that the threat and the trespassing act must happen within 30 days of each other.