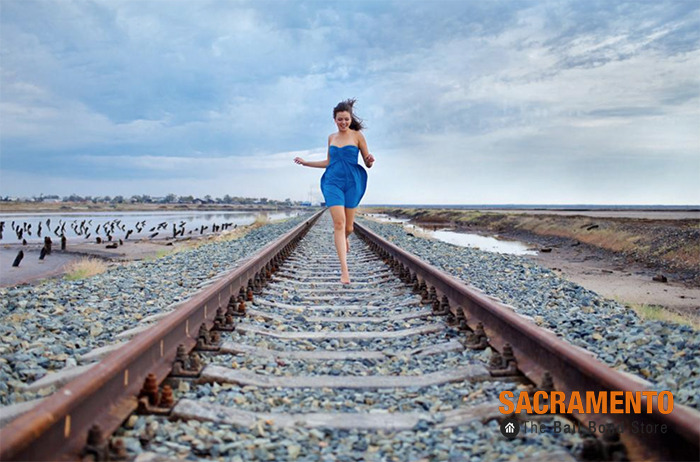 Trains are fairly prominent in most people’s lives, even if you rarely ever ride one. There are around 5,000 miles of rail road here in the state of California which makes it very likely that a person will come across some tracks. While the train tracks may not consistently have trains running on them, that does not mean that they are inactive.

Freight trains are very inconsistent, unlike passenger trains who run on tight schedules. This lulls people into a false sense of security sometimes when near train tracks, which is what causes accidents. Railroads can be very dangerous, and it is important for anyone walking near them to keep their ears open. The tracks will begin to hum as a train approaches, and when that happens, get away from the rails.

Unlike cars, trains cannot swerve to avoid a person or vehicle. They are stuck to the rails, and they will never be able to stop in time to avoid hitting someone. This is simple physics: an object in motion stays in motion. The momentum of the several pound train will not allow it to stop in less than a mile. By the time an engineer sees that there is something on the tracks, it is already too late to stop.

If you ever get stuck on train tracks, or see someone else stuck, dial 911. Alert them to the problem, and they will alert the railroad company in charge of that stretch of track. The company will attempt to shut down all train operations on the line until the problem has been dealt with.

Lastly, beware of the illusion that trains are further away than they think. Their size, the way the rails converge, and the right viewing angle can all combine to make the train look like it is moving slower than it actually is. This can cause people to think it is safe to cross tracks when it really isn’t.

When it comes to train tracks, always stay alert. A freight train can come along at any moment, and you do not want to be caught off guard.