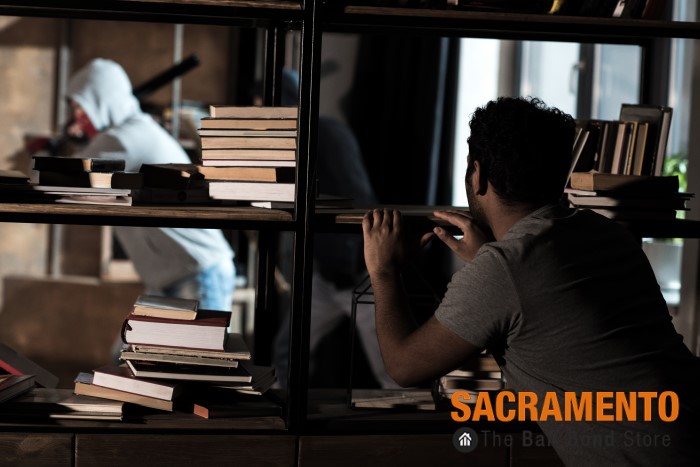 A type of robbery that has been dubbed smash n grab has started to plaque the United States, but it has become especially common in California.

In November 2021 witnesses became alarmed when they noticed a large group of about 40 to 50 people swarm into a Bay Area mall. Members of the mob were armed with a variety of tools, including hammers which they used to break cases and threaten bystanders and mall employees. This was not an isolated incident.

Also in November, a San Francisco shopping center was hit by about 80 smash n grab robbers who swarmed into the plaza, quickly destroyed the interior, and took whatever merchandise caught their eye.

The alarming thing about the wave of smash n grab robberies that’s been plaguing California is how difficult it’s been for the police to do anything about the crimes. It’s not that local law enforcement agencies don’t want to put a stop to the smash n grab robberies, it’s just that they are overwhelmed. According to CNN, police statistics, there has been an alarming increase in crime rates since the start of 2020. In San Francisco, cases involving larceny and theft have increased by a staggering 88% while the overall crime rate has risen 52%. Local law enforcement agencies simply don’t have the resources available to handle the surge in criminal activity.

The big problem with the current string of smash n grab robberies is that they happen fast. It’s amazing how quickly a large group of people can swarm into a building, completely loot it, and disappear. They are usually able to accomplish their mission before the police have an opportunity to arrive on the scene. The sheer number of people involved in the robberies makes it dangerous for both bystanders and the police to interfere.

While the smash n grab robberies are a problem for the police, it’s important to note that not everyone walks away from the scene. When a Nordstrom was hit by a group of smash n dahs robbers, the police were able to apprehend 14 suspects. It’s possible that as time passes and the suspects arrange plea deals they will implicate more people which will lead to additional arrests.

Anyone who is considering becoming involved in a smash n grab robbery should note that if they are caught, they could face some extremely serious charges which include armed robbery, intimidation, and possibly even organizing a robbery.